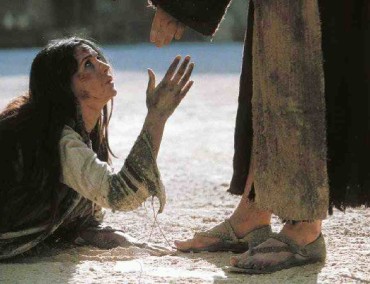 It’s late Friday night, most people are safe in their homes getting ready to snuggle into their beds and sleep for the night, but not Lynn. She is just starting her “work.” Along with dozens of other young girls, she is standing on the street corner, selling her body to the next “customer” who happens to drive by. So what is the “Christian-like” thing to do? Go tell her about her sin? Go preach to her? Is this even some place that Jesus would go? What would Jesus be doing if He were there?  One word… Love.

Little did Lynn know that she was God’s treasure, and that God was searching to find her! Because Jesus loves prostitutes. He loves them so much that He gave His life for them. He sent us out on a Treasure Hunt to find her and let her know that she is loved by her Father in Heaven.

If you’ve never heard of a Treasure Hunt with God, this is how it works: We ask God who He has on His mind, who He wants to touch. We ask Him for specific clues of what this person is wearing, where they are located, what prayer need they may have, etc.. Then we take these “clues” and go find God’s “treasure.” It’s quite an adventure with God!

The clues that we got for Friday night were: Woman / White Shirt / Under Street Light / Ankle Pain / Flowers / Brother

So the search began… We looked and looked for a woman wearing a white shirt. We walked past several other women looking for “the one.” Then we saw some girls under a street light, one of them was wearing a white shirt with flowers on it. That’ll work! We struck up a conversation with her. Then we asked if she had pain in her ankle. She said “Yes.” She said her pain level was at an 8. We prayed. The pain level went from 8 to 3. Thank you Jesus! We prayed again. The pain level went to zero! Wohoo!

Then her friend who saw her get healed said, “Me too, me too!” She had pain in both her legs from the knees down. Her pain level was at a 9. We prayed and all the pain left! Praise God! She was astounded! We asked Lynn about her brother. She said she was very concerned for him because he was in  jail. We prayed with her for her brother. Then they both got to experience God’s love and felt the presence of God for the first time! They knew that it was Jesus who had healed them. They knew that they were loved by their Father God.

While talking with them, Brandie got a Word of Knowledge about one of them getting migraine headaches. While she was praying for the headaches to leave, a young man walked up to Josh. He spoke something in his language as he approached, trying to look intimidating. Josh smiled and greeted him. (Our translator later told us that he was trying to intimidate or scare us by saying that he has come from a Muslim village where a massacre occurred.) Josh was focused on what God wanted to say him. He got a word of knowledge for him about a young girl in his life. The young man said that he has a 6 week old baby girl. Josh asked how he felt about his daughter. He said he loved her very much and that she brings him much joy. Josh told him, “The same way you feel about your daughter is how God feels about you when He looks at you.” His entire countenance began to change. Brandie gave him a prophetic art drawing she had made earlier with a “stick figure” man under a tree on a hill. She told him that “he lives in the mountains, and that God meets with him under a tree.” He said, “This is true.” At this point you could “see” God’s presence upon him. She asked him if he would do anything to protect his daughter and he strongly said yes. We told him that all of these girls are God’s daughters! She asked if he would want someone to mistreat his daughter or would want his daughter to end up on the streets like the other girls around us. You could see the tears welling up in his eyes. So, she continued saying that “he needs to treat these women on the street the same way he would want his daughter treated, with honor, respect, and love.”  He got the message from God loud and clear! With the presence of God upon him, this young Muslim man shook our hands and thanked us and walked away.

I’m convinced that Jesus loves to hang out with these people. He loves them. Period. We are so blessed to be His hands, His feet, His voice, His heart to His precious children. We got to sit with them and just listen and hear their stories. We have no agenda but love. Because love never fails!