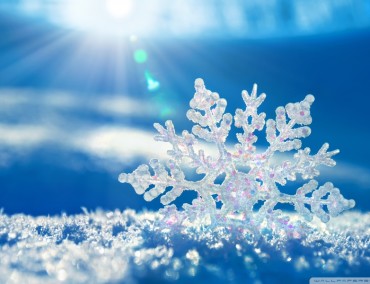 “I am the truth,” Jesus said. What an incredibly bold statement to make!

Jesus didn’t just say he knows some truth or even all truth. He said He is the truth. Not only that, He told Pilate that the reason He was born was because He came to testify of the Truth. (So basically Jesus was born to testify about Himself. He was born to reveal Himself, and in doing so He revealed the Father. If you want to know what God looks like, acts like, look at the life of Jesus.)
“What is truth?” Pilate asked Jesus this question, not realizing the answer was standing right in front of him. Truth is a Person. His name is Jesus.
How many denominations have been formed around a truth? How many churches, marriages, friendships have been divided over a truth?
I believe the Bible was written in such a way that you cannot know the truth contained within, unless you know the Author of Truth who wrote it. For so many years people have been and still are divided over “truths” in the Bible. There are so many truths that seem to contradict each other, yet they don’t. These apparent contradictions cause us to fall in love with the Author rather than the “method.” The problem comes when we decide to build a doctrine on a truthrather than the Truth. The issue then becomes not, “What is truth?” but, “What is truer?” or “Which truth is right?” We are missing the point!
Jesus was all things to all men: To the proud, arrogant rich young ruler, He was the Law. To the broken, humble woman caught in the act of adultery, He was Grace and Mercy and Compassion. To the cold, hard-hearted, religious Pharisees, He was the Judge who used the hammer of love to break their hearts of stone. To the thirsty woman at the well, He was the Living Water. To the man who was possessed by a legion of demons He was Freedom. To the blind, the lame, the sick, He was the Healer.
He still asks the same question of us that He asked Peter, “Who do you say that I am?”
God loves diversity. He loves diversity in all things; Not just in snowflakes, fingerprints, and sunsets. God has made each of us unique. The Bible often refers to us as a body that is made up of many distinct, unique parts. Each part serves a different purpose. We need to realize that aside from Christ, we’ve all been given a truth, but none of us has the truth. We each have a piece of the puzzle. The next time you want to attack someone who has a different piece of the puzzle than you do, try slapping yourself in the face first and see how it feels. It doesn’t make much sense to see a body that attacks itself. What does make sense is when a body works together in unity, in sync, as one. Learn to love what He loves. Learn to love diversity. Most of all, learn to love Truth!